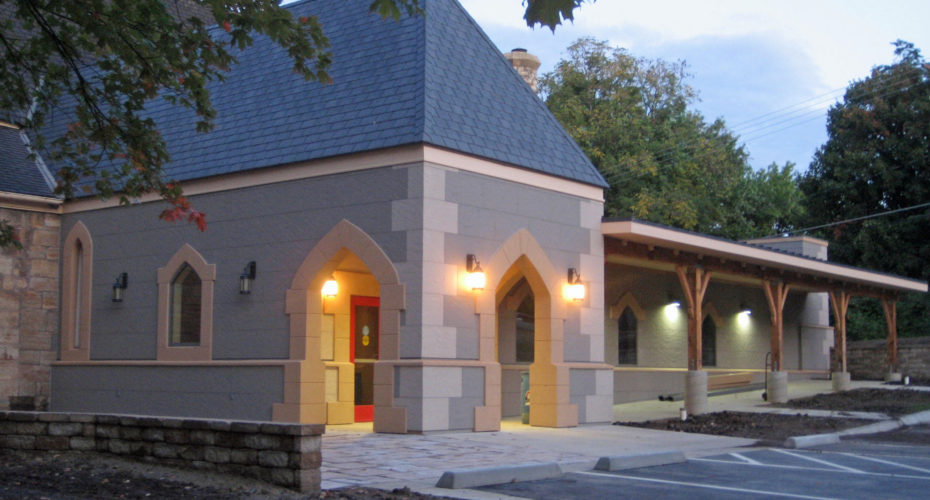 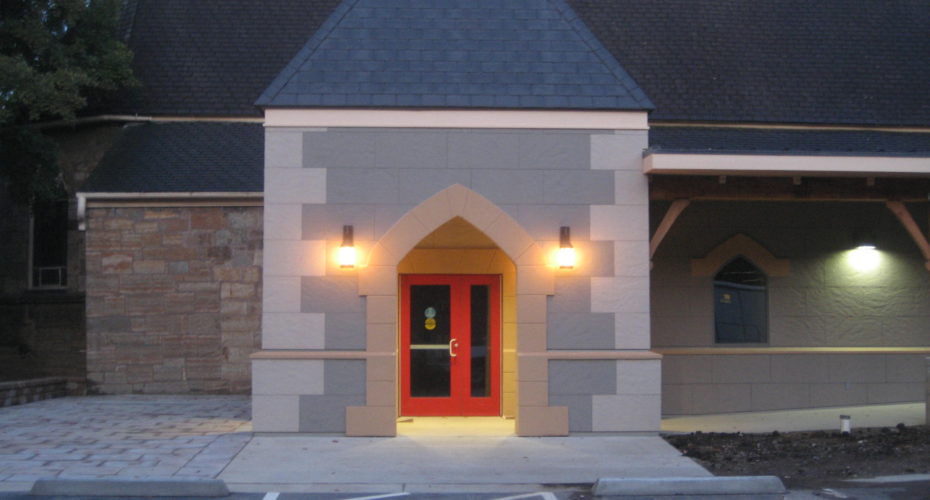 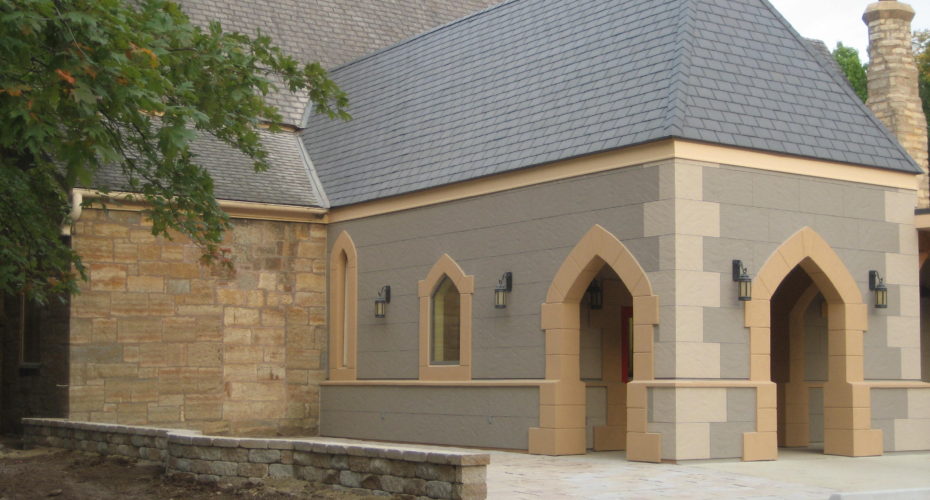 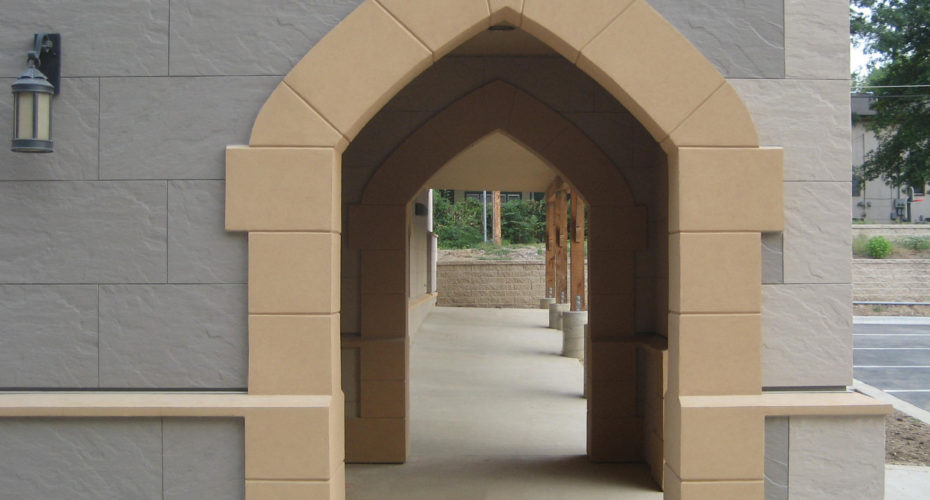 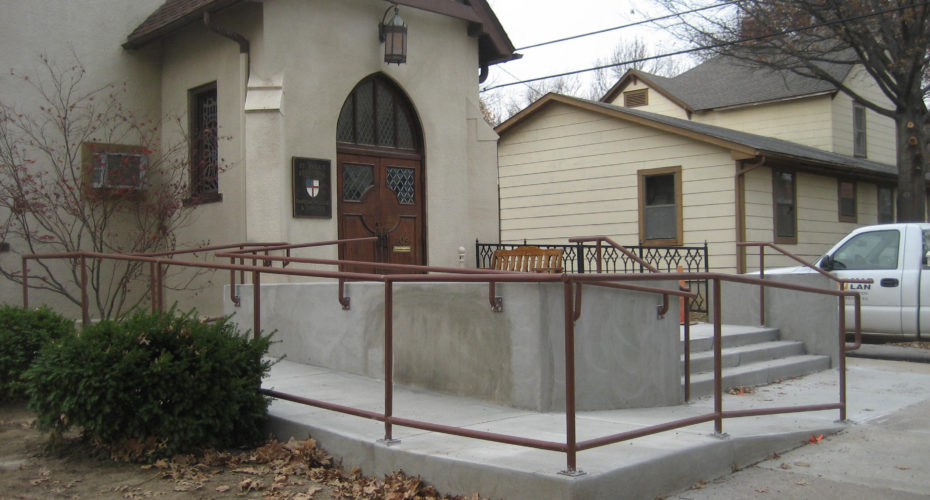 Originally built in 1865, the St. Paul’s Episcopal Church project would provide a major challenge for Mar Lan Construction to tie the new addition into the original 145-year old structure.

The campaign was named “That All May Enter” by the congregation and created an ADA accessible entrance and two ADA accessible multi-facility restrooms along with 20 additional off-street parking stalls. A covered walkway to the entry and decorative retaining walls and pavers were installed to accent the new prayer garden where the Columbarium was placed. The exterior façade received a mix of Nichiha® panels, EIFS, arched aluminum storefront windows, standing seam roof panels, and Lamarite® synthetic slate shingles.

Interior spaces were enhanced with new restrooms, a new multi-purpose room, closet, mechanical room and a vesting area with a coffee bar. The original stone wall with its beautiful stained glass windows is now an interior wall that serves as an accent in the hallway from the entrance to the back hall of the original Church.